So remember when everyone was speculating that Jeff Goldblum died – it was a terrible rumor started the day Farrah Fawcett and Michael Jackson passed. Well, I can testify to all of you die hard Jurassic Park fans… he’s alive. Very much so.
I was at Crunch (my gym) and I was working on the abs machine when I heard a guy doing chin ups. He was grunting, like UNBELIEVABLY loud. It was slightly terrifying because it was loud enough that I could hear it through my earbuds. I looked over and saw this tall, lanky man grunting as he lifted himself up. Once he stopped to go grab a drink of water, I instantly recognized him. Needless to say the man is alive and kicking. Side note: Crunch on Sunset is the gym used by the contestants on Oxygen’s “Dance Your Ass Off” show. 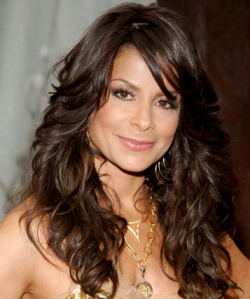 Paula Abdul was out and about on Sunset where Crunch is located, a little shopping center with a Trader Joe’s and a Starbucks. It just so happened the day she was filmed there I was JUST getting into the gym. Boo!

Justin Timberlake apparently lives above the Chateau Marmont in the hills in some magnificent mansion. This news is music to my ears. He was seen down the street from my apartment riding his hog!!!!

Paul Wall is following me on Twitter. The man could not be any nicer. Yesterday I found out he was in LA, so I e-mailed him to see how he was doing (he was tweeting that his son cut open his foot and had to go to the ER to get stitches). He always replies, is incredibly polite and he’s really funny too. So go ahead and follow @paulwallbaby and say a prayer for him right now as he leaves for Iraq today! True story about Paul – he wanted to name his son (Will) after my Uncle, Roger. Paul is a HUGE sports fanatic. Anyway, things didn’t work out so they named him after his grandfather, William… not knowing that my uncle’s real name is William. Crazy right? 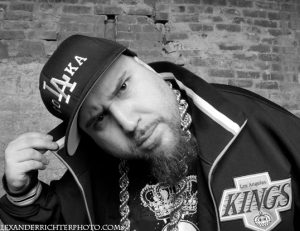 Last night we went to this hole-in-the-wall bar called The Woods. It looks terrifying from the outside, but inside it’s like Abercrombie on steroids just with a bar and a DJ (think antlers for chandeliers). While there, I met a rapper by the name of Ill Bill. He is a part of “LCN” or La Coka Nostra and he’s REALLY nice. We hit started talking sports and it turns out he’s as HUGE Yankees fan (and has the tats to prove it). We talked about rapping and all that fun stuff. It was refreshing to meet a friendly person at a bar – and I know what you’re thinking, but I told him I have a wonderful boyfriend and we still continued to maintain a great convo. 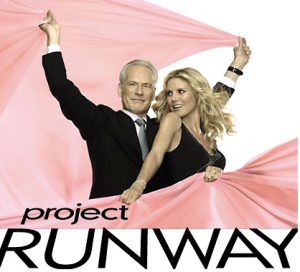 The contestants of Project Runway this season were lodged at the Title Guarantee Building in downtown LA, aka the place I’m at every Monday and Wednesday for my internship with Chic Events!