… I don’t think that’s possible, given I’m about five-six inches shorter than most of them, but dangit, I’m going to hope.

“Oh, I’d love to go to that.”  I wasn’t going to get off work until 7:30, so I figured my night included a turkey sandwich and a rousing night of Grey’s and The Office.

Until I got a magical text.
“Hey, do you want to go to a party with me and my friends tonight?”
It was from my friend Carl.  I hadn’t seen him, literally, since the first time I met him, which was last August.  Remember the infamous night with Katy Perry, Eve, John Mayer and Jason Segel?

He keeps going.
“It’s a Victoria’s Secret event.”
“At Trousdale.”

Alright.  Sounds good!  Nothing like checking out a bunch of models to motivate me to get a super hot bikini bod, not to mention I hadn’t see good ole Carlita in several months and I was desperate to make new friends.  I didn’t know if these friends would be worth my time, and I’d soon be pleasantly surprised.

I haul butt home, freshen up, change, Skype with Stu and then head to Carl’s.  Turns out his friends were nice, legit guys who weren’t weird and creepy like a majority of the men out here.  Hell, I even took a shot with them before we left the house and I don’t do shots (we chased it with Red Bull — I DON’T DO REDBULL).

We hop in the car and all I know is that we’re going to pick up some people.  Fair enough.  We’re all talking about the Kansas State/Xavier game (I’m feeling pretty studly that I even have any idea what’s going on with basketball right now) when a guy hops in.  It’s Josh Lucas!  I have nothing but nice things to say – he was very friendly and nice and actually introduced himself to me, unlike almost everyone else I met that night. 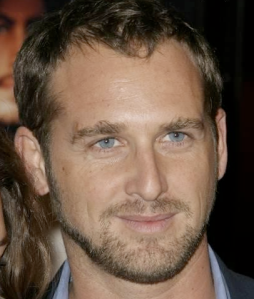 Once at Trousdale, things got fun.  Cade, Carl’s roommate, was running the event, so we got a table which was fab (even though it was an open bar – score!).  I saw a ton of people there:  Russell Brand (I see him so much, I might as well work for the man),  Ben Lyons, Miranda Kerr, Cat Sadler, and Paris Hilton.  I have to say that Paris is shorter than I thought.  I always pictured her as this massively tall mythical figure and she’s actually probably four inches taller than me.  Very thin, really pretty and she seemed to be having a good time.

Anyway, it was a blast and there wasn’t one girl there that wasn’t hot!  It was a little intimidating!  The DJ was awesome and the only thing missing was a dance floor.

I’m glad I’ve found some guy friends out here to hang out with.  I miss that!  I had that in high school but given the slim pickings at TCU, I never found a group of guys there that I really clicked with.  I attribute that to the fact that way too many of them are okay wearing pastels and plaid shorts on a daily basis. 🙂